A few weeks ago, I walked all three of my sons down to the end of the block and watched as the oldest two, ages seven and five, climbed onto a yellow school bus. The five-year-old, who started Kindergarten this year, sat by the window, waving and blowing kisses. My oldest, who is now a second grader, settled in next to him, gave us a brief head nod, and turned to talk to his friends. We waited until the bus disappeared around the corner, then my two-year-old and I walked back up the sidewalk towards our house.

Three children in, I’m still waiting for that moment in motherhood where the lightbulb goes on and parenting choices become obvious. In fact, the more children I have, the less confident I feel about my knowledge base. But now, having gone through our family’s third first-day-of-school, I do have a few suggestions for a smoother school experience.

If you’re anything like me, you mess up…a lot. I love having excuses to start over, and ”make better choices.“ Have your children been watching too much TV, going to bed at midnight, eating chicken nuggets and fries five nights a week? Make a change… or several. One of my favorite literary characters, Anne Shirly, says, “Tomorrow’s a new day, with no mistakes in it.” – L.M. Montgomery.

Set media boundaries, implement a bedtime, create a meal plan. School children are starting fresh with new classrooms, new teachers, and new friends. The beginning of school is a great time to start fresh at home as well.

My children spent a lot of summer flowing from one moment to the next. School, though, is built around structure. Having structure at home can make the transition to the classroom easier. What are school mornings at home going to look like? What are your expectations for them before supper and after? When and where do you want them to do their homework? If these things are as consistent as possible it’s easier for all involved.

3. Bedtime is Important… for Everyone

A couple days ago, I went to curriculum night. Both of my boys’ classrooms did a PowerPoint on the ABCs of school. Both, ended on Zzzz, for sleep. According to the National Sleep Foundation, children age three to five should be getting 10-13 hours of sleep and children age six to thirteen should be getting 9-11 hours. A couple weeks before school started, we began implementing ‘school bedtime,’ which, in our household is 7P.M.

I find a consistent bedtime is super important for me as well. Reasonable children bedtimes allow me to unwind, relax, and prepare for tomorrow. Yes, some mornings I still feel like I need coffee to be able to make coffee, but consistency helps.

My oldest child is fairly certain he’s the smartest child on Earth. This, as you can imagine, causes problems at school. Last year, there were a lot of issues with talking and getting off task because he ”already knew how to do everything.“ After seeing a pattern of color changes (the disciplinary system used in my children’s school), my husband and I met with his teacher, talked about strategies, and exchanged cell phone numbers with her. Throughout the year she’d text me if he had a particularly bad or good day. Neither was very frequent, but one afternoon, I received a message that he had been very disruptive and bordering on disrespectful, which was unusual for him.

My husband and I decided we would try a shock-and-awe approach. Thirty minutes before school ended, I showed up at his classroom door, pulled him out into the hallway to discuss his behavior, and made him pack up his things and drive home with me, instead of with his friends on the bus. He was embarrassed, and slightly tearful, but he got the message. Now, you might disagree with my parenting technique, but my objectives were two-fold. First, I wanted to respond strongly so he knew his attitude was unacceptable. Second, I wanted his teacher to know we supported her and took her concerns seriously.

So far this year, both of my boys are doing very well. (I know, it’s only been a few weeks, but I’m taking the victory). In fact, my oldest announced after the first day that he thought this was going to be his best year yet! But I want to be prepared and learn from the past. This year, I reached out to both of my children’s teachers BEFORE there was a problem. During the open house, I let my oldest son’s teacher know we have a mutual friend. After the first day of school, I sent my middle son’s teacher a note, thanking her for posting pictures and keeping us parents in the loop through the ClassDojo app.

I want teachers to know we are available, supportive, and appreciative. I want them to know if there are problems at school there will be consequences at home. And I wanted our first communications to be positive.

5.Structure is Important, but so is Flexibility

Each school morning, I expect my school-aged children to dress themselves and come down to the kitchen for breakfast. We practiced this skill before school started and plan on continuing it throughout the year. During the kindergarten curriculum night the teachers actually encouraged parents to allow for this type of independence at home so that when self-reliance is required in school it is less shocking. However, sometimes it pays to be flexible.

By the middle of the second week, my dreamy, sensitive kindergartener was a bit of a mess. He was tired and overwhelmed and there was no way he was going to be able to get himself dressed without help. So, I helped. Now, maybe you figured this out faster than I did as a parent, but I’ve finally learned that sometimes breaking routine and allowing exceptions to expectations is a good thing. That morning, he didn’t need me to encourage independence, he needed me to wipe away his tears, hold him in my lap, and help him pick out his clothes. He needed Grandma to stop by after school to bring him a treat and read him a story. He needed coddling, and that’s ok.

6.Don’t Make Them Grow Up Too Fast

With two children in school, sometimes I’m tempted to push my youngest to grow up faster. I see a glimmer of freedom, the possibility of completing projects in a quiet, timely fashion. The daydreams of eating lunch without having to shovel food into someone else’s mouth too come into sharper focus. But I’m not there yet, and, on good days, I remember embrace the little years.

My youngest always wants to walk down to the bus stop with his big brothers. He’d probably get on the bus too, if I’d let him. When we visited the school during open house, he wanted to know where his classroom was. But, on the walk home, after the yellow bus has turned up the next street, he wants to be carried. So, I pick him up. He’ll be three in November. He is very capable of walking the two blocks up to our house, and sometimes I do make him walk. But mostly, I savor the five minutes with his arms around my neck and his fingers weaving in and out of my hair. He’s going to have to be an adult most of his life, so for now, I’m happy to let him be a kid and hitch a ride up the hill in my arms.

I want him to enjoy his days with mommy, before he too will climb onto that yellow bus. For me, that looks like less cleaning and more trips to the children’s museum or the zoo. That means more stories and snuggles, and saying yes when I can instead of saying no simply because it’s easier.

When my big boys get back, I remember that ‘big’ is relative. Seven and five-year-olds need mommy too. They need playtime before supper and snuggles before bed. Every mom with adult kids always tells me it goes by so fast. Some days I don’t believe them. But mostly, I try to soak in the moments while they’re still here.

To use an old Irish saying, my three children are as different as chalk and cheese. My oldest is literal and intense, my middle is sensitive and dreamy, and my youngest is charming enough to convince you he’s anything he wants you to think he is. All children need to know they are loved for their individuality. School and home expectations for each of them look different, not only because of their ages, but also because of their personalities and natural gifts. This will be true for your children as well. But, I would encourage you to implement routines, structures, and expectations. I believe proactive communication with children and teachers, no matter the issues or personalities, is a good idea. Consequences are important, but so are new beginnings. So, figure out what works for your child and your family and - to quote my oldest - make this school year the best one yet! 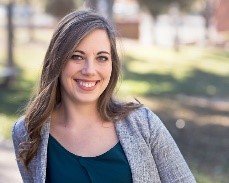 Tacheny Perry is a wife, mom of three, and writer who lives in Omaha, NE. She has worked for a mom’s blog and has been published in an anthology of Nebraska writers. Currently, she is pursuing her MFA in creative writing at the University of Nebraska at Omaha.